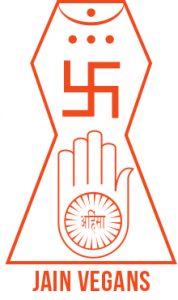 Jainism is an ancient religion with roots in pre-Vedic India. Jains believe that all living beings – including animals, plants and microbes – have a soul, and that all souls are equal. The Jain path is one of spiritual purification and one of the key practices towards that aim is that of non-violence (ahimsa) towards oneself and other Souls. Jains therefore take non-violence very seriously, and avoid participating in activities which cause needless harm to living beings or the environment.

Why is diet so relevant to Jains?

Diet is a key way in which Jains practice non-violence. Nearly all Jains practice strict vegetarianism, and many Jains also avoid fruits and vegetables which are considered to cause more harm than others. For example, some Jains avoid eating figs due to the amount of seeds within them. Also, there are seasonal practices, such as, green leafy vegetables are usually avoided during the Indian rainy season due to the high degree of insect infestation. Jains also fast on a regular basis which helps develop self-control and reduce harm by reducing the quantity of food consumed.

Was consuming dairy ever condoned?

For much of history, dairy products were considered acceptable for Jains to consume, provided certain requirements were adhered to. For example, recognising that milk is produced by a mother for her offspring; it was only considered acceptable to take milk once the young calves had finished suckling. Traditionally, it was always possible for Jain households to observe these requirements because the heat in India and perishable nature of milk, meant that a Jain household consuming dairy could not live far from the cow that produced it.

Changes to production methods, distribution technology and lifestyles in the 19th and 20th Century has resulted in it becoming harder for Jains to observe how the dairy they consume is produced. The introduction of pasteurisation and refrigeration techniques mean dairy products can be consumed hundreds of miles from where they are produced. In addition to this, Jains began to move into urban areas, far from where milk production takes place. This added to the difficulty of knowing how the milk was produced and whether calves were allowed to suckle first etc.

Towards the end of the 20th century, a number of Jains who were brought up as lacto-vegetarians were exposed to the reality of contemporary dairy production and began to question whether it was acceptable for Jains to consume dairy. Some of the points that motivated a shift were:-

Unfortunately, many of the first vegan Jains were spread across different cities and countries and were largely unconnected with one another. Meanwhile, the majority of Jains continued the social norm of consuming dairy products. They did not and do not know about how contemporary dairy production abuses and mistreats cows. Most were, and continue to be unaware that:-

Some Jains who recognized the mistreatment of cows actively promoted organic milk, unaware that cows on organic dairy farms are artificially inseminated and killed just like cows on conventional farms.

The growth of the internet widened access to information about the treatment of animals in food production. It also enabled vegan Jains around the world to connect with one another, and to help educate the wider Jain community about the inherent problems with dairy products, whilst sharing the positivity around the many plant-based alternatives that exist and can be used instead.

Does Jainism have mention of leaving dairy in our Aagam: Big Yes

A huge range of alternatives to dairy milk are now available across the world.  Varieties include oat, soy, rice, oat, almond, hemp, coconut, hazelnut and quinoa milk. Oat milk is the most popular and can easily be substituted for dairy milk in most circumstances.

For many vegans, fortified plant-based milks are an important source of nutrients such as B12, calcium and vitamin D.   This vitamin D fortification in Plant based milk is not animal-sourced

Stores: Sprouts & whole foods has a maximum variety of plant-based milks, but you will find few in all American-grocery stores.

Stores: Sprouts & whole foods has a maximum variety of plant-based butter, but you will find few in all American-grocery stores 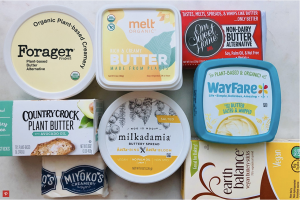 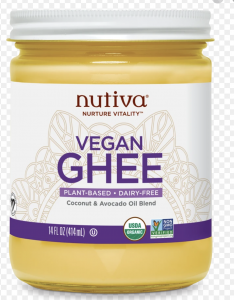 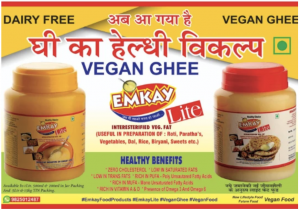 There are now more vegan alternatives to dairy cheese than ever before.  Popular brands available in the USA are listed below, since many contain potato starch, I will only list the ones that don’t contain potato ingredient.

Note: Besides potato starch, tapioca starch and arrowroot starch have been used to enhance the performance of vegan and vegetarian cheese in the melting and other functions. If you don’t consume tapioca/arrowroot you may have to skip a few products like cheese from your diet. 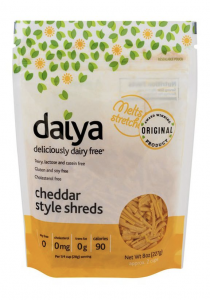 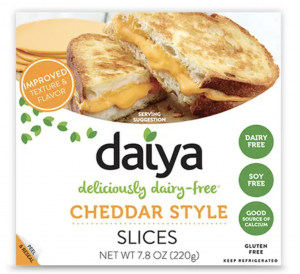 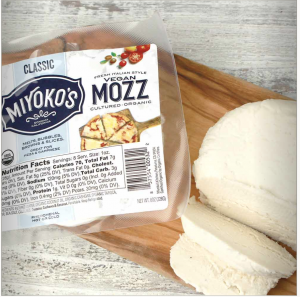 Stores: Sprouts & whole foods has a maximum variety of plant-based cheese, but you will find one in all American-grocery stores

Firm tofu can also be used as an alternative to paneer.

How to make Tofu taste like paneer? Just toss/marinate tofu with spices in oven or air fryer for 5-7 minutes 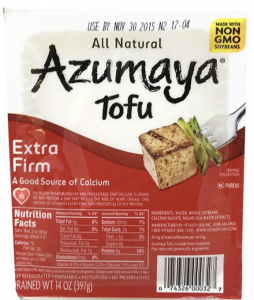 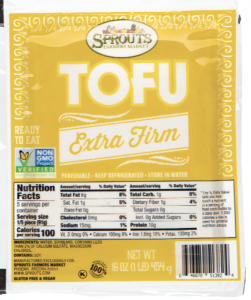 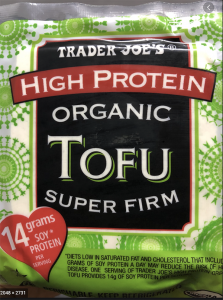 Coconut/Almond/Oat/Soy based alternatives to yogurt (often called yo-fu) are widely available in UK supermarkets.  They taste exactly like regular Dahi. Our favorite brand is So delicious coconut dahi and Forager cashewmilk Dahi 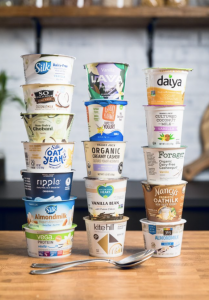 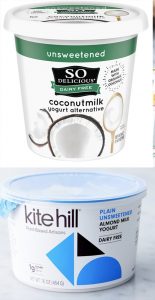 Stores: Sprouts & whole foods has a maximum variety of plant-based yogurts, but you will find few in all American-grocery stores

Popular ice cream brands include:  So delicious, Halo Top, Talenti, and so many more. Here is a list of all vegan ice-creams: https://urbantastebud.com/vegan-ice-cream-list/

Stores: Sprouts, whole foods, Safeway, trader joe’s has a maximum variety of plant-based ice-cream, but you will find few in all American-grocery stores 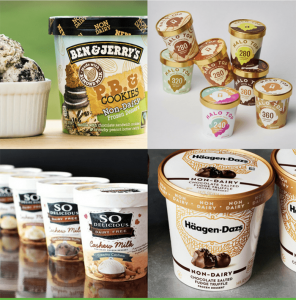 I am so glad that there are over 5 companies which make vegan chai and all are incredible in taste. Below is one which is available in many Indian grocery stores in the USA, also available online on the Quick tea website. 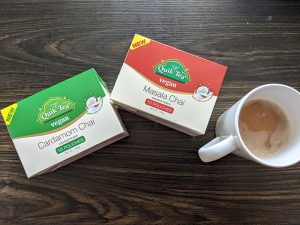 Dark chocolate should generally be suitable for vegans, but many brands unnecessarily add milk powder, whey or butterfat to their recipes (often to make it cheaper to produce). 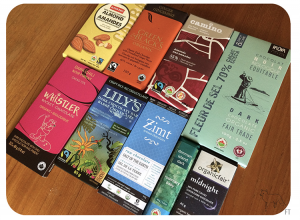 Can you imagine starting off a busy day any other way than with a big ol’ bowl of cereal? No? We can’t, either—and thankfully, we don’t have to, since some of the best cereals are “accidentally vegan” (meaning that they don’t contain any animal-derived ingredients). Did your fave brand make the list? Find out! 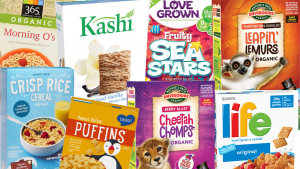 There are tons of vegan desserts available now 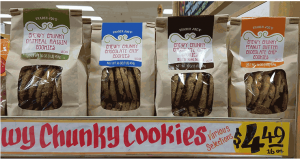 Onion garlic is considered to be the root cause of digestive issues in a lot of people, there is an entire diet called LOW FODMAP which is close to Jain Vegan except meat but no onion, no garlic, no dairy products. there is a company called Fody maps which is based on this diet so we have ketchup, pasta sauce, salad dressings, salsa etc. 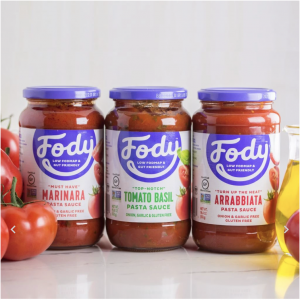 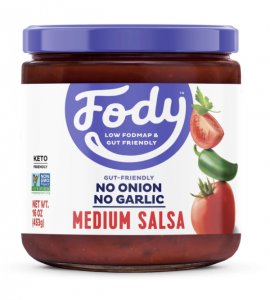 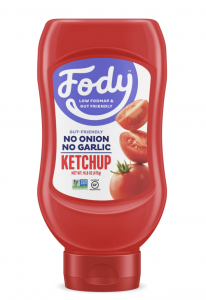 7) Ananda Bhavan Sunnyvale: About: 100% vegetarian restaurant with a 20% menu customizable to be Jain Vegan. most Dosa, idli, uttapam are always vegan, unless you order butter/ghee roast.they have Jain sambhar too favorites: 1) veggie uttapam 2) paper dosa

9) veggie Lee Hayward: About: 95% vegan restaurant with 90% menu customizable to Jain, the entire restaurant is no onion no garlic, although the overall taste of food was okayish.

10) curry pizza house Palo Alto/Milpitas/Fremont/Cupertino: About: Non-vegetarian restaurant with just one pizza customizable to be Jain Vegan. only 12″ Gluten Free Crust is Vegan, Jain sauce is vegan, but regular tomato pizza sauce is not vegan, so only order Jain one. Daiya Cheese used is Jain-vegan.

11) Mint and basil Milpitas: About: 100% vegetarian restaurant with a 40% menu customizable to be Jain Vegan

12) green Barn Milpitas: About: 100% vegetarian restaurant with a 40% menu customizable to be Jain Vegan

13) loving hut Milpitas: About: 100% vegan restaurant with a 40% menu customizable to be Jain.

16) Tirupathi bhimas Milpitas: About: 100% vegetarian restaurant with a 20% menu customizable to be Jain Vegan.  most Dosa, idli, uttapam are always vegan, unless you order butter/ghee roast.they have Jain sambhar too

17) Milan Milpitas: About: 100% vegetarian restaurant with a 5% menu customizable to be Jain Vegan. a lot of their Jain items do contain dairy, but if you order for parties, they will definitely make Jain vegan.

18) Radhe chaat: About: 100% vegetarian restaurant with a 15% menu customizable to be Jain Vegan

19) Thali Indian vegetarian Sunnyvale: About: 100% vegetarian restaurant with a buffet that is only 50% Jain vegan, but 1-2 sabji + daal are okay to have, can’t have sweet/dessert/paneer sabji etc from the buffet.

20) Red Hot chilli pepper (fremont/ san Mateo/ all locations), About: Non-vegetarian restaurant but all their vegetarian food is 100% vegan, so whatever Jain options you had are vegan. Favorites:  1) veg coins 2) Hakka noodles

22) Green lotus San Jose: About: 100% vegetarian restaurant with a with a 20% menu customizable to be Jain Vegan

We have vast variety of vegan/cruelty free vitamins in the market now,

Amazon link to all options: https://www.amazon.com/s?k=vegan+multi+vitamin&ref=nb_sb_noss_2